A High-Style Family Retreat in the Mountains of Lebanon 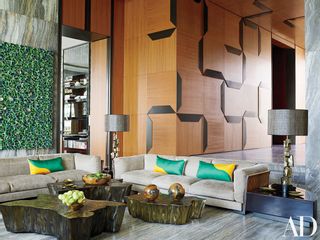 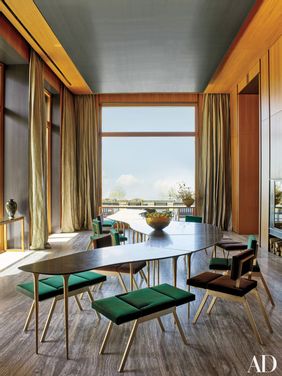 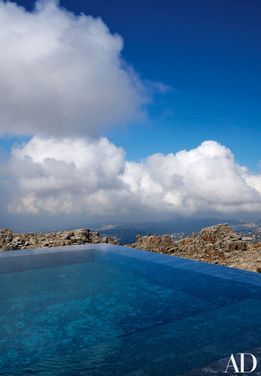 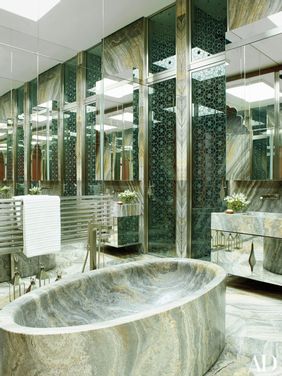 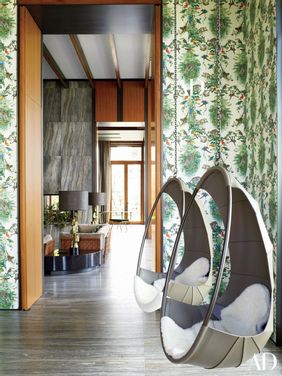 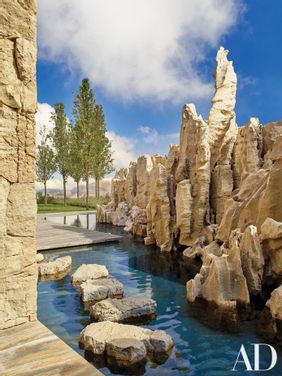 "This house was conceived by two people with very different personalities," Nicolas Garzouzi remarks of the mountain retreat he shares with his wife, Michèle, and their two sons in the Lebanese ski resort of Faqra. One request here was for a floor-to-ceiling steel bar in the small salon so she could regale guests with her pole- dancing skills. “Every time we have friends over,” she enthuses, “the men climb up to the top of it and the women become goddesses of the night!”. Together the Garzouzis own the Hermès license for Lebanon. For Nicolas, the five-bedroom home is very much the realization of a dream. During the country’s civil war, which lasted from 1975 to 1990 and tore his home city of Beirut apart, he would often take refuge at a friend’s nearby. “I vowed that one day I’d build my own house here and that it would be a haven of peace,” he recalls. Dominated by gnarled limestone formations, the immediate surroundings are moonlike and magical. The landscaping of the garden was overseen by Vladimir Djurovic, whose most sweeping gesture was the relocation of excavated rocks to create a stalagmite-style screen for the pool by the home’s main entrance. The house’s architect, Raëd Abillama, meanwhile, chose to clad the ground-level façade with slabs of stone from the property. It took local artisans two years to assemble them. Abillama shares Nicolas’s love of precision. “We’re freaks about straight lines,” admits the genial Beiruti, “and Nicolas is a maniac about symmetry, too.” Lemaire was brought in to add warmth and an extra dose of drama to the interiors. He opted to work largely with just three materials—teak, bronze, and Iranian travertine. The last was chosen for its grayish- beige color and its heavily veined patterns. “It looks almost like a landscape,” says the designer. He’s also a great believer in creating an immediate impression. “When you enter a house, you should be confronted by something strong,” he asserts. Here it comes in the form of a striking hallway whose teak walls and ceilings have been adorned with trapezoidal-shaped bronze panels arranged to evoke climbing ivy. In contrast to the rectilinearity of the architecture, much of the furniture is sculptural and curvaceous. Examples include the topographical Pyrenees sofa by Fredrikson Stallard in the living room, the meandering Massimiliano Locatelli dining table, and the leather-clad bar fitted with stirrups, which Michèle commissioned from Lebanese design rm David/Nicolas. That last piece, which guests can straddle and also place their drinks on, is based on a balance beam—a piece of equipment she loved during her high school years. Michèle’s lively, whimsical taste makes its mark throughout, whether it be in the choice of an Hermès wallpaper printed with birds, leopards, and monkeys for the small salon or the scheme in her dressing room, which juxtaposes leopard print with ashy orange and lipstick-pink. The spiraling steel slide in the garage was also installed at her insistence. “I told Nicolas that my dream was to glide down it in the morning and jump straight into my car,” she recalls. “It gives you a real adrenaline boost. Much better than four cups of coffee!” Yet not all is frivolity. To one side of the house, the Garzouzis have also created a small cavelike chapel. “For me, it wasn’t possible to build a house like this without celebrating God,” says Michèle. “When you talk about counting your graces, that’s where I do it.” And now that the house is complete, Nicolas has faith that the chapel will help fulfill another dream. “One day,” he says, “I hope we’ll christen our grandchildren there!” Photos: Henry Bourne Interview: Ian Phillips

By using this website you consent to the use of cookies in order to provide you with the best experience we can.
For more information, click here.